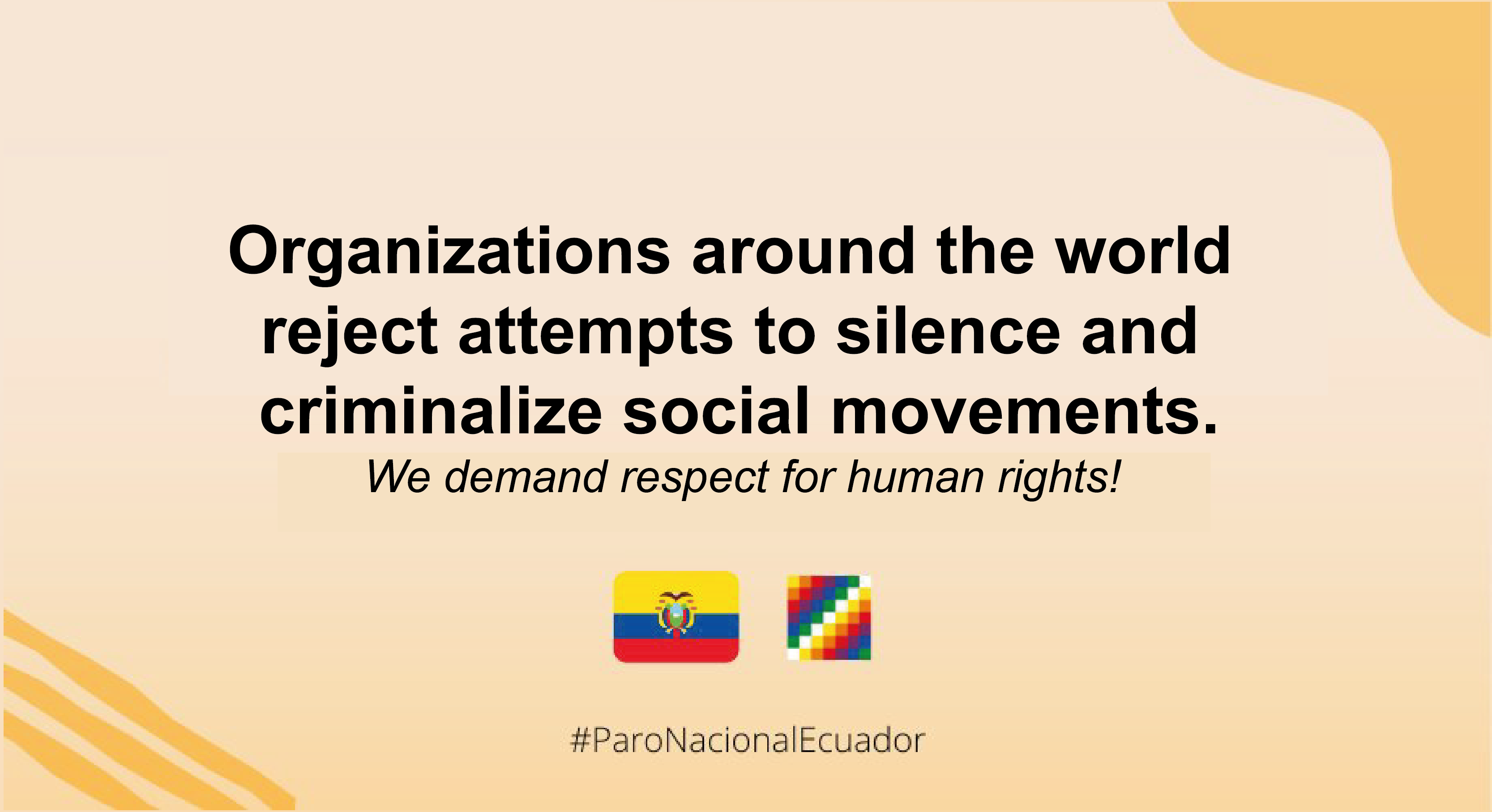 The undersigned organizations and activists firmly reject the violent repression, arbitrary arrests and the use of surveillance technologies to intimidate, harass, persecute and silence defenders of human rights and nature in Ecuador in the context of the protests started on June 13th, 2022.1

Ecuador has a worrying record of human rights abuses in recent years that include the surveillance and criminalization of social movements, as well as attempts to silence critical voices against the established powers.2 3 The use that has been given to the Integrated Security Service ECU911, a powerful institution dependent on the Presidency of the Republic that concentrates the video surveillance systems deployed at national level, as an espionage device against opponents of the governments in power has been widely documented. and denounced.4 5

As a consequence of the events recorded in the first days of the protest, we believe that these abusive practices still continue. They include:

Also worrying are the reports of threats and attacks on journalists, as well as reports of excessive use of force to break up gatherings in a context of rapid militarization of the streets. It should be emphasized that between 2007 and 2021, 3,045 attacks against the online and offline press were recorded, of which 289 occurred in 2021, with the State being the main aggressor in 130 incidents.9

The Ecuadorian State must guarantee freedom of assembly, association and expression, both on the Internet and in the streets, complying with the provisions of various international human rights instruments that ratify this, like the International Covenant on Civil and Political Rights and the American Convention on Human Rights. As the United Nations Human Rights Committee has recognized, this right also applies in digital environments, since it enables public expression and participation in democratic societies.

It is crucial that the Ecuadorian people is able to use digital technologies, particularly the internet, to coordinate actions, report on protests in real time, denounce acts of police violence, access information from various sources, communicate to protect their personal safety, ask for support or seek medical or other assistance.

Any state or private intervention aimed at reducing the free flow of information violates the exercise of the right to protest and other related rights, in addition to affecting the access to information of millions of people who, in the context of the COVID-19 pandemic, depend on digital media.

Therefore, we call on the Ecuadorian State to: